Share a memory
Obituary & Services
Tribute Wall
Read more about the life story of Edward and share your memory.

Did anyone say Motown or Earth Wind and Fire? Whenever Eddie heard them, you would see him up dancing while at Universal Studios, Vegas, Hawaii, DC, Myrtle Beach, and Charleston, WV. No matter where he was, Eddie would always attract a crowd. He had this special move that everyone tried to imitate, but no one could. Eddie danced like no one was looking.

Eddie was a graduate of Kimball High School and West Virginia State College (now WVSU), and he was a faithful member of Emanuel Ministries. Eddie was proud of his military service and the time he spent in Germany.

Eddie had more than 25 years of experience in public transportation and auditing. He began his career as an Accountant/Auditor with the Government Accountability Office in Washington, DC. Eddie left GAO to accept a position with the Federal Transit Administration. He moved on from GAO to become the first Director of the Division of Public Transportation for the John D. Rockefeller administration in West Virginia. Eddie left public service to begin his career in transportation management with ATE Management and Services Company, Inc. in Cincinnati, OH. After ATE, He accepted a position as the Director of Program Development/Research, Planning and Scheduling with the Bi-State Development Agency in St. Louis, MO. Eddie was most proud when he established his own company, ESM Management & Consulting Services. ESM served as an outsourcing contractor with the Department of Customs and Border Protection. His staff performed accounting and auditing services, claims verification and reconciliation analyses, and monitored adherence to quality control procedures.

To send flowers to the family or plant a tree in memory of Edward A. "Eddie" Madison, please visit our floral store. 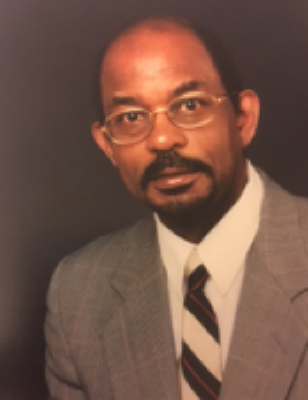