Share a memory
Obituary & Services
Tribute Wall
Read more about the life story of The Honorable Sharon and share your memory.

The Honorable Sharon Mariett Gwinn Mullens, 66, of Dunbar, WV, passed away Friday, November 4, 2022. She was born in Bluefield, WV, April 28, 1956, to Richard and Joan Gwinn.  Sharon was the second of five children the couple would have and the oldest girl, a role that she took very seriously.

In high school, Sharon was elected the first African American Governor of WV Rhododendron Girl State.  She played the piano, sang in the choir, and was an avid reader and bowler.  Upon graduating from Stonewell Jackson High School, Sharon attended and graduated from West Virginia State College.  While attending college, she met and married fellow student John D. Mullens of War, WV.  From that union she had the love of her life, their daughter, Joy.  After graduating from WVSC Sharon attended Ohio State University Law School.  She then returned to West Virginia to practice law.

Sharon began her career with Legal Aid of West Virginia, then served as an Assistant Attorney General for the state of West Virginia.  In 1989, to provide the greatest assistance and service to others, she opened her private practice on the West Side of Charleston.  During her career, Sharon served as President of the Mountain State Bar Association, one of the oldest Black Bar Associations in the nation.  Additionally, she served as a board member for the Black Diamond Girl Scout Council. Her love for community involvement and mentorship encouraged her daughter and granddaughters to join Girl Scouts.  Sharon’s career led her to be Guardian ad litem for many children in need and to serve on countless community committees throughout the state.  In 2009 she successfully ran and was elected as a Kanawha County Family Court Judge from 2009 to 2016.  During her years as a Family Court Judge, Sharon was a national speaker at numerous judicial conferences throughout the country.  She founded and planned the STARS program, a program that the Kanawha County Family Court hosted to recognize the achievements of African Americans in the Kanawha County area during Black History Month.  But her first love was her church, St. Paul Missionary Baptist Church in Saint Albans. Sharon came to Christ at an early age while attending Shiloh Missionary Baptist Church.  At St. Paul Missionary Baptist Church she was the leader of the youth ministry and participated in numerous activities within the church. Sharon felt great joy helping coordinate events for her church, especially vacation bible school during the summer and doing the Message to the Children during church.  She accepted Christ as a child and brought family members to Christ.

Preceded in Sharon’s passing is her father, Richard Gwinn, and brother, Wayne Gwinn.

Funeral services will be Saturday, November 19, 2022, noon, at St. Paul Missionary Baptist Church, 821 B St., St. Albans. Visitation is one hour prior to the service. Interment at Sunset Memorial Park, South Charleston. Callender Funeral Home is entrusted with arrangements. Condolences may be expressed at callenderfuneralhome.com.

To send flowers to the family or plant a tree in memory of The Honorable Sharon Mariett Mullens, please visit our floral store. 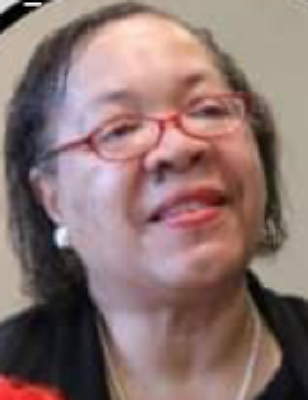